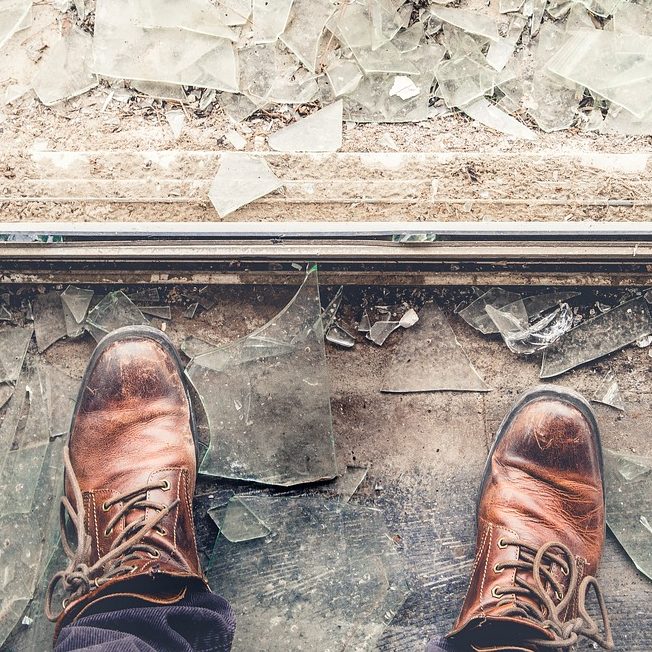 A friend was telling me about the garden at his house. The house was owned for decades by a woman who poured her love into the gardens. He said that there is some biological imperative in the yard such that you can plant anything and it will grow. It reminded me of a short story I recently read by Richard Matheson, except Matheson’s is the polar opposite.

Mad house is about Chris Neal, a frustrated and embittered English professor. Once full of life and hope, all his dreams have been dashed. His wife, his employer, students, the whole world is against him it seems. Everyone has conspired to suppress his genius. Everything seems to be against him as well. His mundane life is filled with broken pencil leads, slipping rugs, piercing splinters, slicing broken dishes, and so on. These inanimate objects, along with the people in his life, are the brunt of his rage. His wife gets raged at verbally. His students are berated and belittled. His employer is silently, mostly, mocked. And the inanimate objects are cursed and hurtled across the room and kicked and hated. Day after day, he pours out his vitriol on his fellows and his house.

Chris is destroying his wife and his career and his house with his rage. Unbeknownst to him, he is also destroying his own life. His friend and colleague is concerned about him and warns him that his house might be absorbing all this dripping rage. He begs him to leave the house and is only mollified knowing that the wife is there as she offsets his rage to some extent. He believes her goodness is to some extent keeping the house from being completely possessed by his rage. Unfortunately, weary and crushed in spirit, she has just left him and the house.

It’s clear from the beginning how the story is going to end. He returns to the house after her departure and the inanimate objects, now fully animated by his rage, make short work of him. The coroner’s report: Chris Neal died of “self-inflicted wounds.” It appeared that he committed suicide. And of course he did in a sense. His rage gave life to his house. His rage was a weapon. The house became that weapon and destroyed him.

This story spoke to me on many levels. Anger expressed at times in rage is one of my character defects. In fact, most often my rage has been directed to inanimate objects. I’ll attempt a home improvement project and am invariably frustrated by some thing or other that doesn’t work or fit right. I have been known to assault my house.

Through recovery, I have begun to see this and address it. I see that I’m powerless over anger and surrender this to God. I see the insanity of raging at a drill bit that won’t penetrate the wall or a child that has once more lost one shoe. I surrender that to God. I also, more often than not now, can step back and ask my self if this or that situation really merits rage. It never does. So why do I get so enraged? I think it must be in response to some tape playing in my head. My rage might be appropriate if this obstruction to a successful project completion means that I am worthless and incompetent. Maybe. This vitriol might be appropriate if my children’s disobedience means that God failed to deliver the well mannered children he promised, or that their disregard for my instructions means that I am worthless and dishonorable. Maybe. But probably not. But I think that these are some of the messages that are playing in my head. The curse laced “I can’t do anything right” I heard from my father has become my own mantra. I’m incompetent, and I HATE that. And I HATE anything or anyone who reminds me of that, or confirms that.

But as I say, recovery is giving me the tools to see my insanity, surrender it to God, and hear his reasoned assurance that I am dearly loved and valuable. Nothing or no one can change that.

But if I choose to not go the way of recovery, this rage will infect, probably not my house, but my wife and children and everyone around me. And it could literally kill me.

On another level, this story makes me think of my addiction(s) in general. Chris Neal felt impotent and worthless. He soothed this feeling of incompetence by rage. He felt powerful as he exacted his revenge on his oppressors. You might say he was addicted to rage and rage killed him.

And now, back to the rage, if I do not address this and other character defects, they will inevitably lead me back to my sexual acting out. The 12 step program at its core is a program of life change. The addictive behavior may bring one into the program, and he may find initial freedom from it, but if he doesn’t come at the spiritual issues that lie beneath the behaviors, sooner or later he will return to them. Those spiritual issues will continue to create irritability, restlessness, and discontent and the addiction is always waiting in the wings to come to the rescue.

So whichever way you look at it, if the addition continues, or the rage continues, eventually I die. Eventually I die of self-inflicted wounds. Addiction and uncontrolled rage are both acts of suicide.

I’ve spent decades poisoning myself and those around me, some more obviously than others. I believe I’ve turned a corner and I can start sowing life just like the previous owners of my friend’s house. I want my life and environment to be such that life and love can flourish. I want to be a garden where my wife and kids and employees and friends can flourish. The alternative is a weed infested garden that suffocates and kills everything that’s planted.