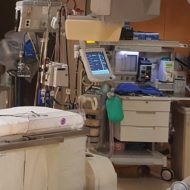 According to some studies, misdiagnosis is one of the leading causes of death in the US. Think of it. If I have a cancerous tumor in my stomach, but my doctor thinks it’s likely just an ulcer, the prescribed treatment for my condition won’t come anywhere close to treating the cause of my pain. If the misdiagnosis is never corrected, I’ll succumb to my disease. If it is eventually corrected, the right treatment will have been delayed and I will have suffered longer than I would have, or if it has been delayed too long, the correct treatment may be too late. Misdiagnosis has been the bane of the sex addict.

With addiction, we have the perennial debate on the proper model with which to describe it. For centuries, the “sin model” prevailed: the addict is simply an incorrigible sinner. With the advent of Alcoholics Anonymous, the “disease model” gained credibility: the addict has a physical/mental illness. This is not simply an academic debate, but has practical consequences. The addict has some sort of a condition that is seriously diminishing his or her quality of life and can result in a tragic, early end to his or her life. If the condition is diagnosed properly, and the proper “medicine” is taken, the addict can experience a happy, serene life.  If it is misdiagnosed, and the wrong “medicine” administered, a continuation of the suffering is certain. The question is, what is the nature of the condition? And from that, what is the effective course of treatment?

For decades, I had been addicted to sex in various forms and pornography and lust. It was ruining my life and was on the brink of ripping apart my family and destroying a promising career. Having grown up in the Church, my sexual proclivities had been diagnosed by others, and by me, as a sinful heart. The indicated course of treatment was a heavy dosing of repentance, trusting God, reading the Bible, praying, having faith, etc. All commendable acts. I took my medicine for decades, but they never enabled me, the addict, to recover from my condition. I never had enough faith, or I wasn’t sincere in my repentance, or I wasn’t praying enough, or something. Why wasn’t the medicine taking effect? Why did I feel like a dying man with a fine, glowing complexion or a white-washed tomb?

Having grown up in the United States, my sexual problems had been diagnosed by others, and by me, as a lack of will-power. The indicated course of treatment was to try harder. When the temptation comes, I just need to have stronger will power and I’ll not bow to the pressure.  So day after day I fought harder against the temptation. I argued more determinedly with myself. But it was never enough. Who knows, perhaps my condition was actually a terminal case of weak-willingness. I had the will power to overcome the challenges presented in school, will power to move up the ladder in my career. Why couldn’t I gin up enough will power to live in the sexually healthy way I desired? There was no lack of wanting, but never enough willing.

Throughout history humanity has run up against various walls to progress where any amount of effort won’t penetrate. Then along comes someone who, abandoning the old progress-paradigm, effortlessly leaps the wall. Bill W., the strong-willed founder of AA, struck on one such transformative paradigm shift in 1934 when in the hospital after another failed attempt at will-power, his physician, Dr. William Silkworth informed him that he was “ill, bodily and mentally” (AA p. 7). Silkworth explained it in terms of an allergy to alcohol. The alcoholic’s mind and body was diseased in such a way that it could not process alcohol normally. The reason Bill could not stop at one drink was not because he was weak-willed or an incorrigible sinner, but because his body was diseased in a particular way. A man with no legs can’t walk as much as he might will to do so. An alcoholic can’t drink in a controlled way as much as he might will to do so.

This realization seems to have been a key to Bill W’s eventual recovery, for if he is diseased in the particular way Silkworth had diagnosed, then Bill could abandon the ineffectual “medicines” of will-power, or self-knowledge, or piety and find an appropriate, effectual alternative. The medicine that he discovered, are encapsulated in the 12-steps of AA. This medication transformed this hopeless, dying drunk into a healthy, happy member of society.

But this ending would never have been happy had he continued to take the wrong medicine. In deed, his “weary and despairing” wife was assured by the hospital staff that she would “soon have to give [Bill] over to the undertaker or the asylum” (AA p 7).

In conclusion, listen to Bill’s incredible description of what life looks like when one finally takes the right medication.  This paragraph is from AA in a discussion of step 10:

And we have ceased fighting anything or anyone—even alcohol. For by this time sanity will have returned. We will seldom be interested in liquor. If tempted, we recoil from it as from a hot flame. We react sanely and normally, and we will find that this has happened automatically. We will see that our new attitude toward liquor has been given us without any thought or effort on our part. It just comes! That is the miracle of it. We are not fighting it, neither are we avoiding temptation. We feel as though we had been placed in a position of neutrality—safe and protected. We have not even sworn off. Instead, the problem has been removed. It does not exist for us. We are neither cocky nor are we afraid. That is our experience. That is how we react so long as we keep in fit spiritual condition. (pp. 84, 85)

As a confirmed sexaholic, I have found this same medicine to produce this same excellent result. And the promise is held out to you as well. Come join us and start taking your medicine.

Long to be happy and free? Click to find a meeting!